It generally doesn’t matter where you are, whenever it comes to fly fishing, there’s a solid chance that you’re looking for at least some sort of insect activity. Whether it’s the highly-esteemed mayfly, or a caddisfly, or a terrestrial insect, there’s a solid chance that fly fisherman everywhere are seeking out these insect. I certainly fall into the category of a flyfisherman who seeks out insects at just about any cost. And that leads me to the point of this post, which is to recap a trip that took me through the southwestern portion of Pennsylvania in search of the seventeen year periodical cicada. You know, the species of cicadas that hatch in huge, huge numbers every seventeen years.

Just a bit of background info on these cicadas: they live in the eastern part of the United States underground as nymphs for about seventeen years before they are fully mature. Once mature, these insects tunnel themselves out of the ground (this usually explains all of the holes found in the ground during their emergence) and hatch into black and orange adult bugs. These bugs, lacking mouthparts, essentially live anywhere between two to four weeks before they sing their mating songs, reproduce, and eventually pass on, leaving their species dormant for another seventeen years.

If you’ve gathered anything from the above paragraph, it should simply be that these bugs are pretty rare. Hatching only once every seventeen years, these cicadas have a very short terrestrial lifespan. However, during their period of emergence, it appears as though just about every animal around recognizes their existence and tunes in for an easy, high-calorie meal. Whenever I say every animal, I mean it. I’ve seen everything from German Shephards, raccoons, all types of birds, and all the way down to just about every fish that we have in Pennsylvania eat these bugs. Being an avid angler, the fact that fish feast on these bugs is what interests me most.

Living in State College, PA, I knew that we wouldn’t be experiencing any of Brood VI’s bugs. This meant that I’d need to drive a good bit west and a good bit south. Fortunately, I grew up not too far from the Youghiogheny River and am relatively familiar with its fishery. As soon as I was tipped off that the cicadas have been active in that area, I geared up and began the drive to the “Yough.”

From State College, this large river is a little over two and a half hours. Knowing this, I packed my vehicle the night before and, at the crack of dawn, began the drive. About two hours into the drive, once I cruised through the town of Somerset, PA, I found myself driving through an area rich in farming. At this point, I finally had my first sight of a periodical cicada that was being gobbled down by what appeared to be a starling. Needless to say, this had me pretty excited. I continued down this road until I reached a gravel road that was considerably more woodsy. While on this road, I finally heard the mating buzz of a large group of cicadas. If you’ve never heard this noise before, it’s pretty wild and almost has an out of this world sound. As I was driving along this road, I really began to get excited; this is the exact noise that I wanted to hear. However, at this point, I wasn’t exactly at the Yough. So I continued on for another fifteen minutes before I met my brother at a parking area along the Youghiogheny. We were finally here, and it didn’t take long before we saw the first orange bug flying through the air. 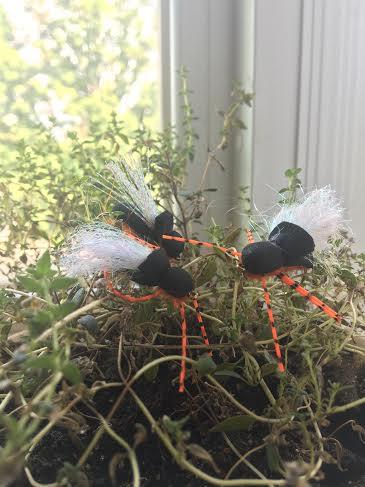 We both had some very large foam flies already affixed to our twelve pound test tippet, so we very quickly donned our waders and hit the water. Upon doing a quick scan, I didn’t see any fish rising, but we did hear the constant buzz of the cicadas. We began working our way upstream, but we didn’t have any luck. Though, that spell of bad luck only lasted about a half hour before the first (quite large) trout erupted onto my fly. Being that this was quite the shock, I was startled and just didn’t set the hook in time. As I continued to make my way upstream, the same situation happened again, however this time, I watched the fish literally chase my fly downstream before attempting to inhale it—this isn’t something that you get too often in the world of trout, and I can assure that it will get your adrenaline pumping. 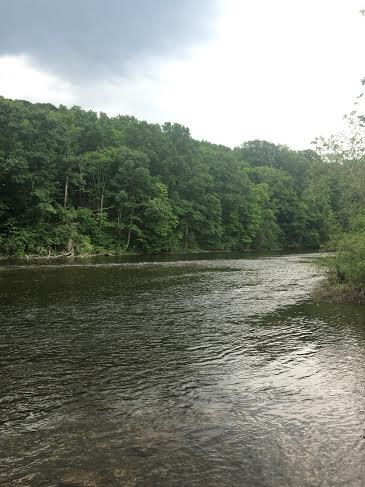 After the action like I was just having, my brother and I decided to stop for a bit of lunch. While eating, we watched a few fish go airborne in pursuit of a cicada; seeing this definitely raised our hopes, and it wasn’t long before we were double-hauling our flies against the opposing bank. Thirty casts didn’t go by before we both landed a fish. Strangely, mine was a smallmouth and my brother’s was a chubby rainbow trout. With each of us catching our first fish, it seemed like we were on our way to some success.

By this time, the afternoon was beginning to fade. As the sun started its descent, the cicadas became more and more prevalent. And their buzzing was more and more prominent; at times, their sound was quite deafening and it just about drowned out every other form of natural cacophony. Sure enough, as the number of cicadas increased, so did the number of hungry fish, and this sort of insect activity is just what I was looking for. The surface of the water was darn near boiling with hungry fish and the nearby birds were doing everything that they could to cram these large bugs into their beak. We ended up fishing until dusk and both caught our fair share of Youghiogheny trout.

Although the Yough isn’t exactly in State College’s backyard, it’s a pretty awesome fishery that holds some magnificent fish. And if you’re going to make your way down, I’d definitely recommend doing it sooner than later as it won’t be long before the cicadas burrow into the ground for the next seventeen years. 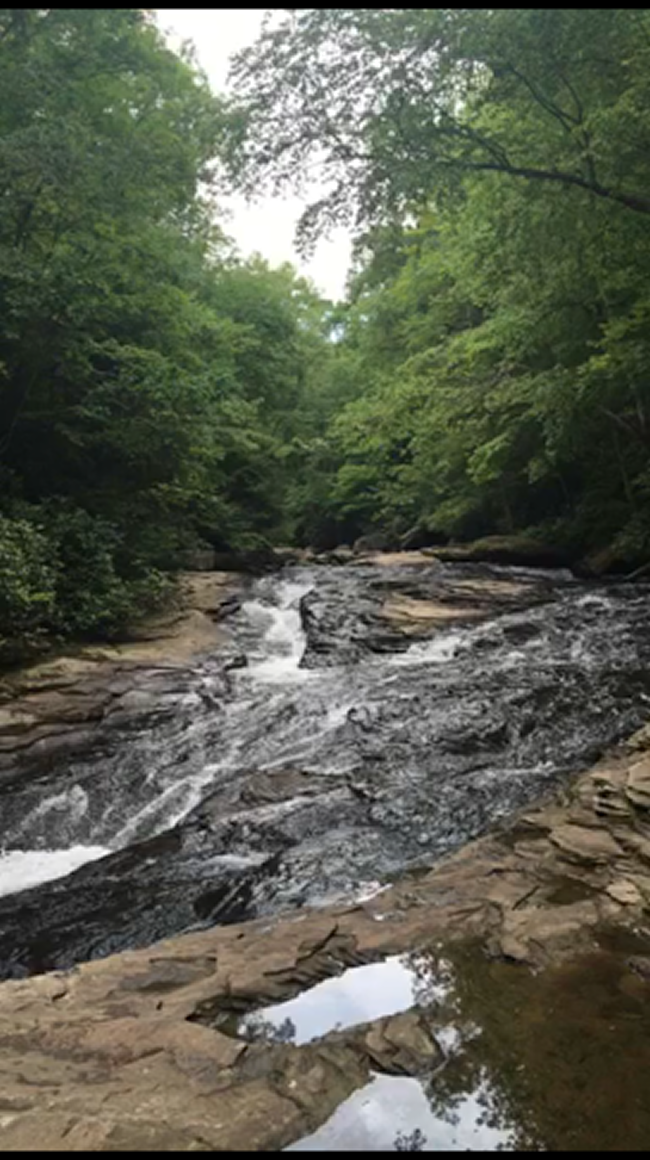 Meadow Run—A tributary of the Youghiogheny that provides great trout fishing and some even better swimming.