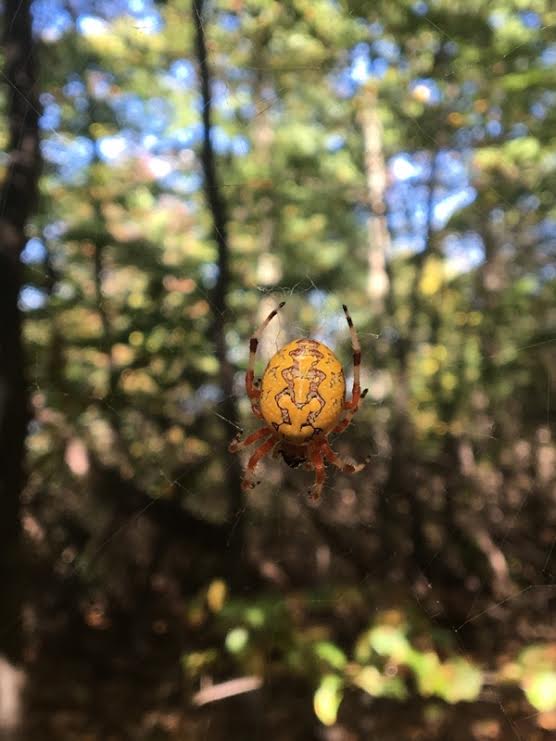 A marbled orb-weaver found along the Indian Steps Trail.

After a long, hot, and dry summer, I’d say that our recently cooler temps and erratic weather comes as quite a comfortable blessing. This is the perfect time to set out on some early fall hikes and outdoor adventuring. And about a week ago, I took notice of leaves beginning to change and a nice bout of mild weather. With that, I decided to plan a hike for the first day that I had off. I hadn’t really set many requirements, but proximity to State College is always nice, and gazing into a vast overlook is certainly a treat this time of year. So with those two loose criteria being set, I decided to embark on an old favorite found in Rothrock State Forest, and that would be the Indian Steps Trail.

Located off of Harrys Valley Road, this trail takes you up the south side of Tussey Mountain. After a few hundred yards of trail with some wooden stairs peppered in, you’ll find some stone steps that I assume weren’t crafted by Native Americans, but possibly by people who were walking up the mountain for working purposes and didn’t like the inconvenience of a large incline. Either way, these steps are pretty fun to venture up. 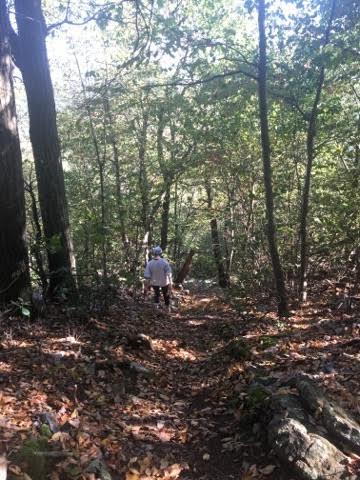 Looking down on the Indian Steps Trail

After parking along Harrys Valley Road, I crossed the gravel road and began the hike up the path. Once I reached the stone section of this incline, I took a few minutes to marvel at its sight. While I don’t know who constructed these steps, I do know that they are a real feat. Upon reaching the top of these stone steps, I decided to catch my breath and grab a drink. The steps surely help with the hike, but they also aren’t the easiest thing to trek up. 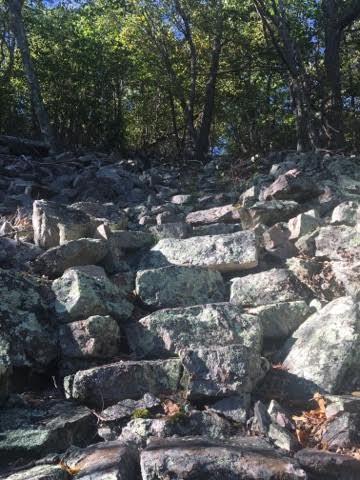 Looking up at the stone steps.

At the top of the stone steps, you’ll find a large pile of rocks, and the Mid State Trail going to the left and the right. If you’re going to follow the entirety of the Indian Steps Trail, you’ll need to take a left and then get back on the trail about a mile later (you’ll see a brown trail marker on your right indicating the turn for the continuation of the Indian Steps Trail). However, if you take a right at this junction, you’ll eventually reach a few really nice overlooks. 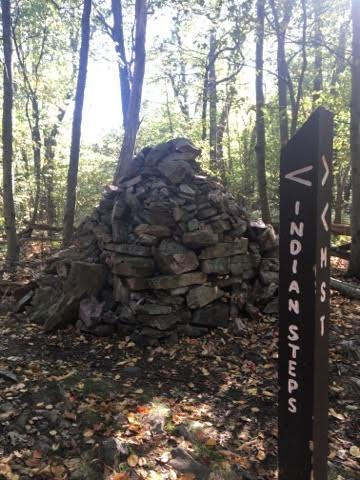 With a dinner date planned and a bit of a lazy feeling, I decided that I wasn’t going to continue onto the Indian Steps Trail, but rather to just hike to an overlook along the Mid State Trail. So with that, I took a left and hiked a mile or so until I reached my destination. This overlook isn’t nearly as pretty as some of the ones you’ll find by taking a right at the junction of the Indian Steps and the Mid State Trail, but I still enjoy sitting at the rock pile and looking at the landscape below. 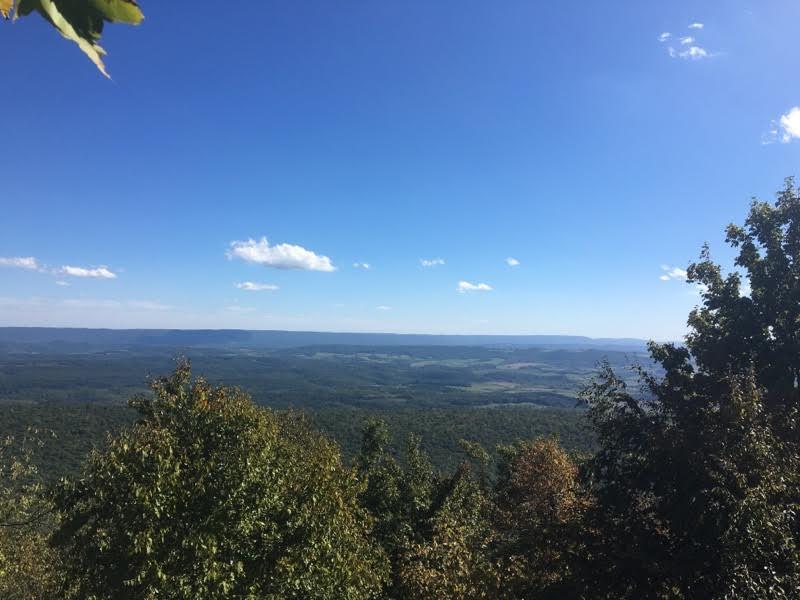 After a quick snack and some time spent looking into the beginning of fall, I decided to hike back down to my car. The hike back is just as enjoyable as the hike there, and I do believe that the hike down the stone steps is considerably easier than the hike up them.

Upon reaching my car, I began the drive back to State College. At this point, I was really excited at the start of fall. A combination of yellow, orange, and red leaves with the crispness in the air was a great surprise.

The Indian Steps Trail is a great escape not too far from town. And not only that, its incline and scenery make for a great workout that also grants you some awesome examples of Pennsylvania’s beauty.