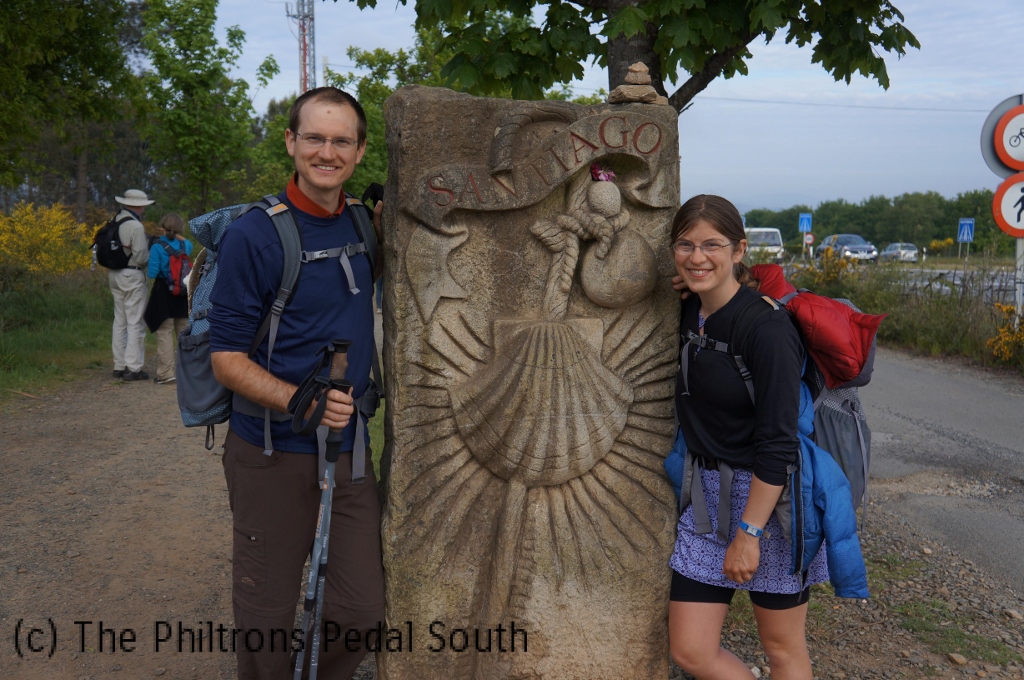 For many of us at Appalachian Outdoors, it’s common to hear of what fellow employees get themselves into, but when we hear what some customers in the area are doing, there’s just an extra air of excitement that starts to build. I was fortunate enough to get such an experience with two PSU graduate students: Daisy and Jason Philtron as they prepared for their bike tour from Alaska to Argentina.

The Philtrons are lovers of bike touring. For those of us that may not be too familiar, bike touring is when you take a long, extended trip on your bicycle, covering hundreds of miles. Think of it like distance hikers or Appalachian Trail hikers, but instead of your two feet, you travel by two wheels. The Philtrons are such avid 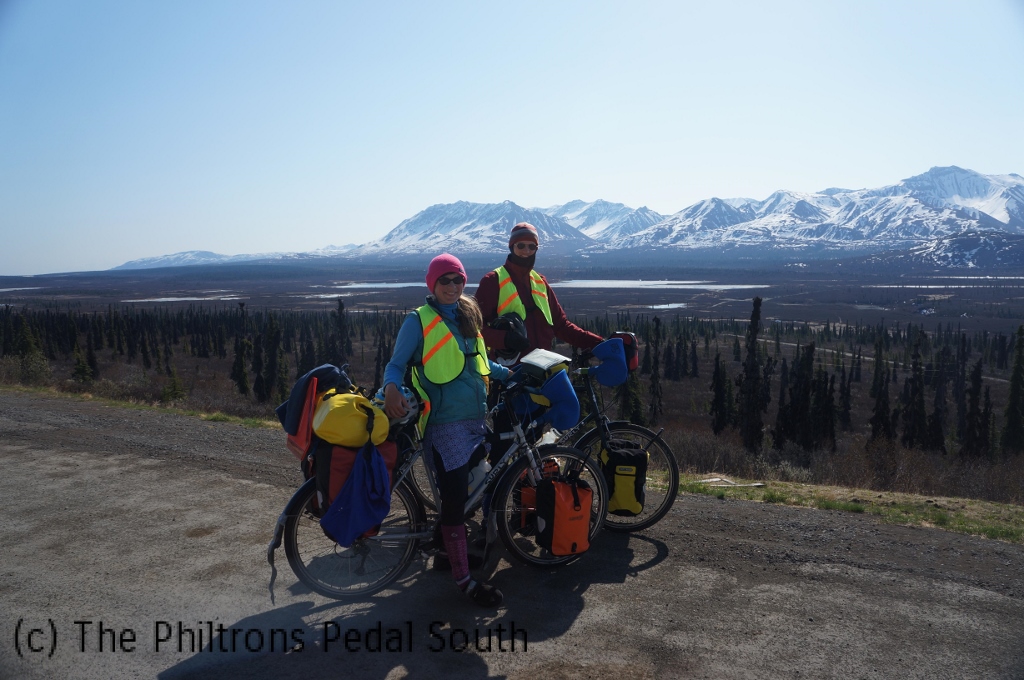 bike tourers, that rather than hit the resort for their honeymoon in December of 2013, Daisy and Jason decided to tour the Outer Banks: a route that took 6 days and covered 285 miles.

When they came into the store before they’re big bike trip, they were looking for the last few items for their next tour: a nearly 2 year trip from Alaska to Argentina. (Daisy and Jason are working dutifully to keep friends and family updated on their trip on their own blog.) Luckily, I was able to sit down with them before they left and discuss their love of bike touring, their relationship that burgeoned at Penn State, and tips for new bike tourers out there.

Daisy and Jason are both graduate students at Penn State. Jason has already earned his PhD in acoustics, and Daisy will be defending her dissertation while on the road. That’s right, she’s not even bothering to wait until graduation or her defense to get out there. But don’t worry, she’s not too down about missing graduation. Says Daisy, “I’d rather be on my way to Argentina from Alaska than walk in a ceremony in State College.”

Daisy and Jason met in 2011 while working towards their PhDs. Daisy was already an avid biker, competing throughout her undergraduate studies and her major course work, but Jason was pretty new to the activity. He was a bike-commuter around town, but had never really been on an extended trip. Daisy took it upon herself to “train” Jason to enjoy the most out of their bike trips. Daisy recalls Jason’s original bike. “He had a funky commuter. That was my goal when I first met him: get him a bike that was expedition-worthy. It didn’t take too long.”

Daisy introduced Jason into longer bike trips by taking him on weekend trips around the State College area, including trips to Rothrock State Forest (about 1.5 hours from downtown State College). They eventually moved on to trips to the Adirondack, but Jason came to a startling revelation. “What I didn’t find out until our first trip to the Adirondacks was that she was carrying the heavy stuff to make it easy for me, so I would love it better.” Once Jason become more familiar with the bike touring process, he took off the metaphorical training wheels and began to really enjoy their tours, shouldering more of the weight at the same time. Daisy’s training had worked!

One might think the planning and training needed to complete a trip across two continents might be rather involved. It turns out, however, that biggest aspect of preparation is acquiring the equipment and gear. As far as planning routes go, the Philtrons just read several bike touring blogs and purchase a map from Adventure Cycling. In those maps, the routes, bike shops, and food locations are all plotted out for the rider, making it easy to just hit the road. And training? The trip is your training. As Daisy says, “Regardless of when you start, you’re just either going to go more or less miles over the first two weeks. Over the course of a year, you’re just going to ride into shape.” The goal of bike touring should be having fun and enjoying the trip.

When it comes to getting the right tools for the trip, the Philtrons head to their local outdoor and bike stores to get properly outfitted. Daisy and Jason are riding on custom-made Surly Long Haul Truckers that the lovely folks at Freeze Thaw in State College (conveniently enough, located right near Appalachian Outdoors). While the frame might be mass produced, Freeze Thaw was able to customize all of the other components, including hand-building the wheels to make them even tougher for the larger mileage.

Hands down, one thing that could make or break your experience (beyond your equipment) is the food you’ll be eating. As the Philtrons have learned, the benefit of bike touring is that you can get into the heart of a town and find local produce and groceries. In fact, if you know you’ll be around a town every 2-3 days, you don’t have to worry about breaking out the freeze dried food. You can eat fresh and tasty meals each day. 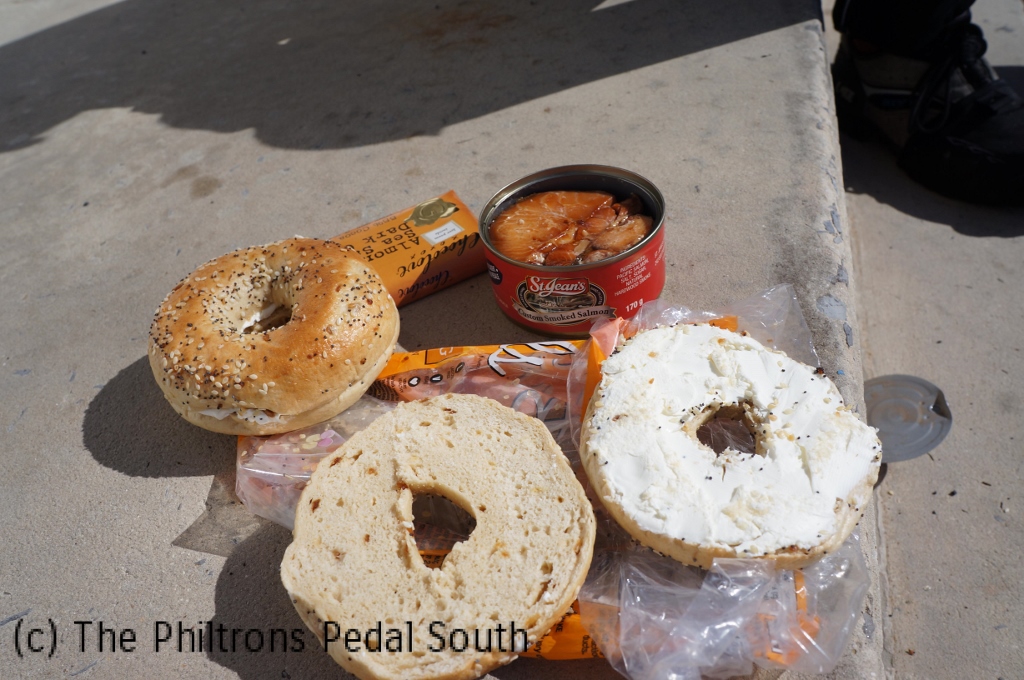 Throughout all of their tours, Daisy and Jason have come to learn a few culinary tricks that are sure to make their next adventure a little tastier. For one, they’ve learned that nothing beats eggs for breakfast, and eggs are pretty easy to travel with. Daisy and Jason like to start their mornings off with a spicy egg breakfast burrito. For times when they’re strapped for cash, Daisy and Jason enjoy “souping up” ramen by adding fresh veggies, cheese, and eggs. And it’s no surprise they’ll be passing California during the heart of avocado season; Daisy’s a huge avocado aficionado.

And it’s food that has truly evolved throughout the Philtrons’ bike tours. Well, perhaps more how they consume food then the food itself. Turns out, Daisy realized real quickly that Jason was a bit of a snacker. “I learned right away that Jason eats constantly,” Daisy recalls, “and we had to stop frequently just so he could eat. It wasn’t long after that I got him a handlebar bag for his snacks.” Both Jason and Daisy now have plans to create a feed-bag that can help minimize downtime with the idea being if they can cut down the time spent reaching for a snack, they can increase their mileage.

When you think of traveling for over a year between two continents, you might think it would be a costly adventure, but according to Jason and Daisy, it’s actually about the cost of living in State College. At $40 per day, the Philtrons are able to live what they’ve deemed “extravagantly.” Most of the time, they skip out on hotels and campsites and opt to sleep on the sides of roads, away from cars in order to work within their budget. As Jason puts it, “We’ve calculated that this kind of trip would be about $12,000 a year, or basically what you might pay in rent and utilities living here. Of course, you’d also have a job to compensate.” However, it’s the traveling and the thrill of the road that draws the Philtrons away from State College and toward their next adventure.

As Jason and Daisy head out on their trip, they have the full support of their friends and families. Even Daisy’s parents have seen the rare opportunity given to her and this trip. “I was actually interviewing for a job a while back, and my parents both told me ‘Daisy, you can’t take this job!’ They would be disappointed if I didn’t go on this trip, so they’ve been really supportive about this.” One of Jason’s instructors lamented on opportunities not taken after graduate school that still haunt his memories. That’s one thing Jason and Daisy want to avoid. “With us, we don’t want to look back and wonder what might have been,” says Jason.

But don’t worry about the Philtrons. They have everything figured out when they come back from their nearly 2-year long trip. Daisy has a post-doc lined up, but the details still need to be worked out. Regardless, several professors have promised her an opening and funding when she returns, and as Daisy jokes, “I won’t let them forget. I’ll be back in February or March.” Meanwhile, Jason has several contacts and connections lined up and is grateful for the work he’s been able to complete in State College. “It’s nice to be here a few years to make connections and ensure people know we do good work.” Having these close connections to the University and the area surely enable them the peace-of-mind needed to take a nearly 2-year-long sabbatical.

As avid tourers, the Philtrons have some advice for those of us looking to get out there and explore new places on two wheels. Jason recommends checking out local shops. “For equipment and bikes, you can’t beat local shops. You can walk right in, tell them what you want to do or where you want to go, and the employees there will give you great recommendations.” Daisy, on the other hand, puts her advice in a more straight-forward manner. “Just do it. Plenty of people hit the road on crappy 10 speeds with a system of kitty litter buckets, so there’s really no wrong way to do it. There’s ways that are going to be a lot more comfortable, certainly. As long as your happy, get out there.” 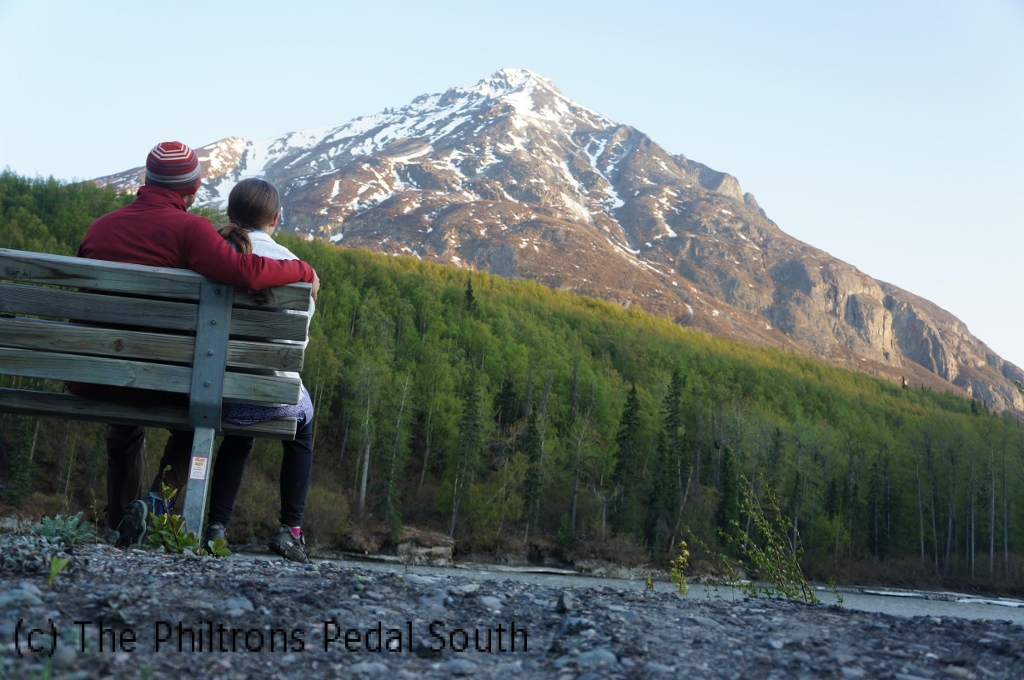 So maybe you start off with weekend tours nearby to just get used to the rigors of bike touring. You can also use these trips as opportunities to get a better idea of essentials that might get overlooked (the Philtrons have a funny story on their blog about forgetting sunscreen. Just don’t forget the sunscreen. Ever).

The Philtrons left for their adventure on May 10, 2014, and if you’re interested in reading up on the Philtrons, head on over to their blog to read more. They’ll be updating their trip from Alaska to Argentina frequently, but you can find out more about them as well. They have more on their honeymoon, great stories of preparing for this trip, and little tidbits that really give you a greater idea of just who these adventurers are. We’re hoping Daisy and Jason can provide us with monthly updates directly, this way, we can get a better idea of where their travels are taking them.

Of course, if you’re planning your next bike tour, even a weekend trip to Rothrock, please stop on by Appalachian Outdoors. We’d be happy to get you outfitted with the right outdoor gear and equipment to make your trip as enjoyable as possible. As always, keep doing what you do. 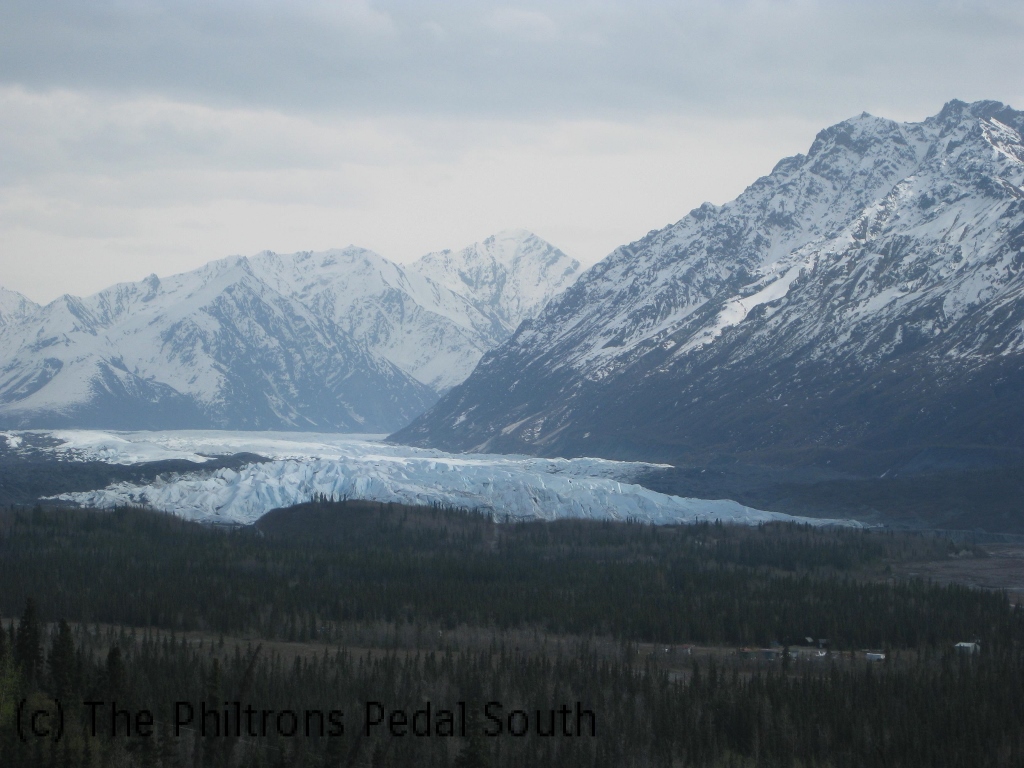