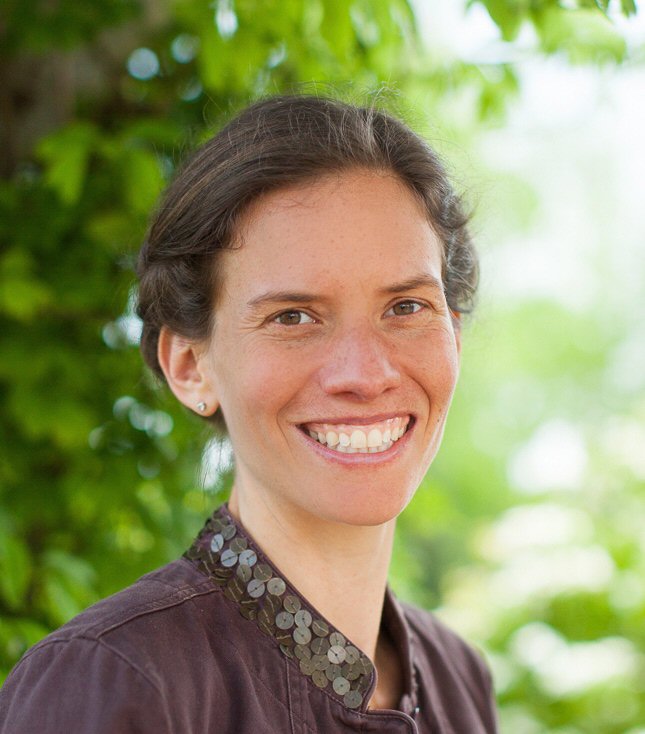 Our society is one that normalizes time spent indoors – and behind screens. People are coming to the realization that living a sedentary and sanitized lifestyle is unnatural and unhealthy. As a result, individuals are choosing to immerse themselves in nature through experiences such as long distance hiking. Paths like the Appalachian Trail are one place where we can spend time outdoors, move throughout the day, and talk to people face-to-face.

Q: As you discovered through personal experience and research for The Pursuit of Endurance, gender does not affect one’s ability to succeed in long distance sports. What physical and psychological reasons did you find that enable women to compete with, and often outperform, men in endurance sports?

Women are innately tough. We have evolved as caregivers who are able to tolerate low grade pain and discomfort for long durations of time, i.e. pregnancy. We are designed to carry extra weight on our frame, be it a baby or a pack. And, although we like to bemoan it, women have more fat stores than men. On the trail, that means more energy. Plus, the fact that our body frames are on average smaller than a man’s means that we can perform with fewer calories and less water. The biggest obstacle facing women in long distance feats is their own psychological self-doubt. When we are talking about efforts of extreme endurance, if a woman believes that they can compete equally with men… she can.

Q: What surprised you most about your interview with Shawn Bearden, professor of exercise physiology at Idaho State University, regarding the qualities of an ‘ideal’ endurance athlete?

Shawn made me realize that the ideal endurance athlete is pretty average. He doesn’t need to have bulging muscles or the ability to run fast. And she shouldn’t be gaunt or supermodel thin. Instead, it should be someone who is fit, has a few pounds to loose, and is willing to walk without difficulty… and crawl if necessary. He said that there isn’t any benefit to extreme exercise versus a moderate fitness regimen. That shocked me!

Q: Before the new millennia, Appalachian Trail Fastest Known Times (FKT) were rare, sometimes with twenty-year intervals between records. The past three years have each seen an athlete claim a new supported or unsupported FKT. How has the sport evolved over recent years and what factors are affecting the increased frequency of trail records?

It is gaining in popularity due to social media, GPS, and higher profile attempts by diverse athletes. In the past FKTs have not been a spectator friendly sport, but now athletes post their progress on Facebook and Instagram at regular intervals. That makes it possible for hikers, runners, and armchair adventurers to follow along at home – especially when a corporate sponsor backs an athlete and promotes his or her progress. The fact that FKTs are held by men and women, hikers and runner, recent college grads and folks in their fifties has made the sport more interesting and relatable to a larger audience. 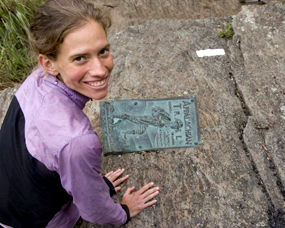 Q: Over the past several years, some FKT claims have garnered skepticism. Since there isn’t an officiating body that oversees their legitimacy, how are the unwritten rules of routes, trail support, and claiming an FKT created? Why is it important they are upheld?

The rules of FKTs are becoming more formalized amid the trail community and on internet forums. But the endeavor still stands out amid a sports world of instant replay, performance enhancing drugs, and multi-million dollar endorsements. FKTs are the essence of amateur athletics. They represent the ideal that men and women can accomplish an extraordinary athletic feat for the sake of undergoing a personal challenge and the love of endurance. Activities that are based on the honor system and personal integrity set a foundation for a culture that upholds the virtues of honor and integrity. When false claims threaten the spirit of FKTs it is important to remember that the ultimate reward for this sport will always be intrinsic. You cannot change, takeaway, or challenge someone’s personal experience.

Q: Long distance hiking appears to be a solitary undertaking in many aspects. However, in The Pursuit of Endurance, you emphasize how a hiker’s support, even on an unsupported record, is integral to their success on the trail. How does a strong support system intersect with endurance?

Personally, that was one of the strongest takeaways of this project. Regardless of whether an athlete spent tens of thousands of miles hiking alone or intersected with a support crew multiple times a day, every individual in the book comes across as extremely relational and dependent on a loyal network of friends and/or family. When you are undergoing something as taxing and relentless as a trail record, there will be moments of pain, isolation, and self-doubt. Often it is the encouragement of a loved one, the emotional backing of a spouse or friend, which allows you to put one foot in front of the other.

Q: Each of the athletes you mention in The Pursuit of Endurance have unique backgrounds, motivations, trail experiences, support systems, and uniquely embodied endurance. What do you hope readers take away from each of their stories?

I love the way that endurance narrative seemingly breaks down into a personality profile book. The individuals featured have strikingly different personalities, backgrounds and beliefs. The unifying factor is that they have all overcome struggles on and off the trail. I expect that readers will connect more with some athletes based on the personal experience that they are bringing to the book, but I hope that everyone recognizes that the human ability to endure is not bought or taught. It is innate within us all.

Q: How have the lessons about overcoming adversity on the trail translated to moments where endurance was needed off the trail?

Fastest Known Times are the best metaphor for life that I have found. I wrote this book while I was pregnant with my second child and running a small business. It was also a season when I struggled with the loss of a loved one, some friendship drama, and depression. The pressures and struggles of everyday life felt overwhelming. And, for most of us, that is everyday life. Working on this book and relaying the stories of individuals who set trail records on the Appalachian Trail and Pacific Crest Trail became my therapy. I think we all need literal examples to show us that we can continue forward – to prove that we all go farther than we think we can.

Q: Do you ever plan to attempt another FKT? Why or why not?

Ha. If I said “yes,” my husband would have a conniption! However, I am also the type of person who doesn’t like to say “never.” Let’s just leave it as “I don’t think so.”

When I tried for a Fastest Known Time, I was searching for something inside of myself. And I found it. My record has fallen, but the lessons, memories, and experience the FKT remain a part of who I am. What I would like to do is to use the takeaways of the record and apply them to new and different experiences in life.